Sometimes, a loved one may sustain personal injuries due to the negligence of others. Whether you were injured due to the negligence of a bus or train operator, construction company, landlord, business or even your doctor, we can help seek compensation for your personal injuries. Some of the most tragic personal injury cases occurs when a child is brought into the world with devastating injuries.  However, the process of labor and delivery is highly complicated and extremely unpredictable. As parents we must trust that our doctors and medical professionals will guide us through the process of child birth with the highest standards of care. Doctors often have to make split-second decisions to protect the health and safety of the newborn. It is when trained physicians fail to notice warning signs or deviate from the accepted standards of care that children are harmed unnecessarily.

The most serious birth injuries are those that affect a child’s brain. A lack of oxygen during delivery (hypoxia), or bleeding within the skull or brain is usually what causes birth injuries and often results in irreversible brain damage. A shortage of oxygen can be caused by a number of things, including an unusual birth position, the placenta separating from the uterus wall too early, a problem with circulation in the umbilical cord, or a labor that is too long or too short.
Most medical malpractice claims that stem from this cause of injury allege that doctors or medical professionals failed to anticipate, recognize or react to these dangerous scenarios. Use of excessive force, failure to properly anticipate the size of the child, and failure to order a C-section are other factors that can lead to birth injuries. 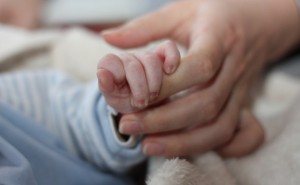 Cerebral palsy (CP) is an umbrella term to describe a functional disorder caused by damage to the brain during pregnancy, delivery, or shortly after birth that can be related to this shortage of oxygen during delivery. CP is caused by faulty development of or damage to motor areas in the baby’s brain that disrupt the brain’s ability to control the body’s movements or posture. Some children who suffer from cerebral palsy can still live normal or relatively normal lives. Regrettably, other children are more severely affected.

Erb’s palsy (also called Brachial Plexus palsy) is another birth injury that is caused by trauma to the unborn child. Children who suffer from Erb’s plasy often suffer and loss or control and/or sensation in their neck, shoulders, arm and hands.

Erb’s palsy can be caused by medical malpractice, usually during the delivery of the baby. What often happens is that the child’s shoulder gets stuck under the mother’s pubic bone following the delivery of the head. Sometimes, the OB/GYN delivering the baby will panic and will apply excessive force on the baby to dislodge the shoulder. When this happens, damage may occur to the nerve bundles located in the shoulder region causing Erb’s palsy.